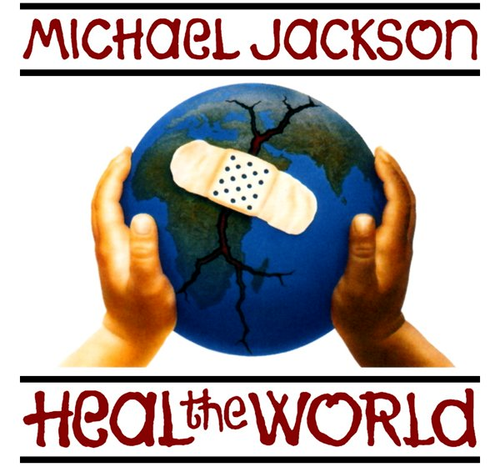 "Heal the World" is a song from Michael Jackson's hit album, Dangerous, released in 1991. The music video (directed by Joe Pytka) features children living in countries suffering from unrest, especially Burundi. In a 2001 Internet chat with fans, Jackson said "Heal the World" is the song he was most proud to have created. He also created the Heal the World Foundation, a charitable organization which was designed to improve the lives of children. The organization was also meant to teach children how to help others. This concept of 'betterment for all' would become a centerpiece for the Dangerous World Tour. In the documentary Living with Michael Jackson, Jackson said he created the song in his "Giving Tree" at Neverland Ranch. Show Heal the World piano sheet

Michael Joseph Jackson was an American recording artist, entertainer, actor, and businessman. Often referred to as the King of Pop, or by his initials MJ, Jackson is recognized as the most successful entertainer of all time by Guinness World Records. His contributions to music, dance, and fashion, along with a much-publicized personal life, made him a global figure in popular culture for over four decades. The eighth child of the Jackson family, he debuted on the professional music scene along with his brothers as a member of The Jackson 5 in 1964, and began his solo career in 1971. More piano sheets by Michael Jackson