What a Wonderful World description

"What a Wonderful World" is a song written by Bob Thiele (as "George Douglas") and George David Weiss. It was first recorded by Louis Armstrong and released as a single in 1967. Thiele and Weiss were both prominent in the music world (Thiele as a producer and Weiss as a composer/performer). Armstrong's recording was inducted in the Grammy Hall of Fame in 1999. Intended as an antidote for the increasingly racially and politically charged climate of everyday life in the United States, the song also has a hopeful, optimistic tone with regard to the future, with reference to babies being born into the world and having much to look forward to. The song was initially offered to Tony Bennett, who turned it down. Thereafter, it was offere... Show What a Wonderful World piano sheet

Renowned for his charismatic stage presence and voice almost as much as for his trumpet-playing, Armstrong's influence extends well beyond jazz music, and by the end of his career in the... More piano sheets by Louis Armstrong 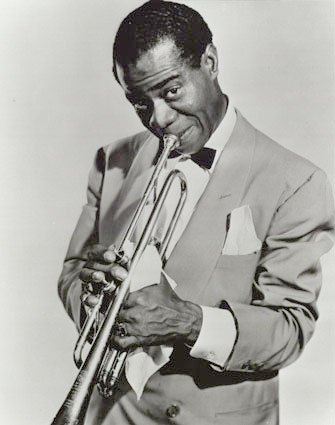