Wherever You Will Go - The Calling Free Piano Sheet Music 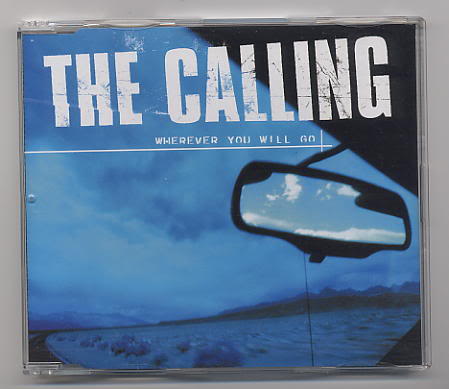 Wherever You Will Go description

"Wherever You Will Go" is a single by American alternative rock band The Calling. The song was released in June 2001 as the first single of their debut album Camino Palmero. It remains their most renowned and their most successful hit, peaking at number 5 on the Billboard Hot 100 and topping the Adult Top 40 for 23 weeks, the second longest running number one in the chart's history. It was named the number 1 song of the decade on the Adult Pop Charts by Billboard magazine. Show Wherever You Will Go piano sheet

The Calling is an American rock band from Los Angeles, California, best known for their hit single, "Wherever You Will Go". The group formed in 2000 and have released two albums. They have been on an indefinite "hiatus" since 2005, leaving most fans to conclude that they have broken up permanently.

The band was formed by Alex Band (vocals) and Aaron Kamin (guitar) when Kamin was dating Band's sister. Kamin and Band initially began jamming and writing songs as far back as 1996, and began gigging under the band name "Generation Gap" with a drummer that was twice their age. At this stage, the band also had a saxophonist, giving the songs a more jazzy Dave Matthews-ish sound. Eventually, Band and Kamin ditched the "Gap" lineup, and briefly switched their name to "Next Door", which itself was a nod to veteran music business executi... More piano sheets by The Calling