"Oh, Pretty Woman" is a song, released in August 1964, which was a worldwide success for Roy Orbison. Recorded on the Monument Records label in Nashville, Tennessee, it was written by Roy Orbison and Bill Dees. The song spent three weeks at number one on the Billboard Hot 100. "Pretty Woman" was also Orbison's third single to top the British singles chart (for a total of three weeks). The previous Orbison singles to reach No.1 in the UK were "Only the Lonely" in 1960 and "It's Over" earlier in 1964. There were three guitar players on the session, Billy Sanford, Jerry Kennedy and Wayne Moss. Billy Sanford, who later played session for everybody from Elvis to Don Williams (and took to the road with Don in the 1990s) did the kick-off... Show Oh, Pretty Woman piano sheet

Roy Kelton Orbison (April 23, 1936 – December 6, 1988), also known by the nickname The Big O, was an American singer-songwriter, best known for his distinctive, powerful voice, complex compositions, and dark emotional ballads. Orbison grew up in Texas and began singing in a rockabilly/country and western band in high school until he was signed by Sun Records in Memphis. His greatest success came with Monument Records between 1960 and 1964, when 22 of his songs placed on the Billboard Top Forty, including "Only the Lonely", "Crying", and "Oh, Pretty Woman". His career stagnated through the 1970s, but several covers of his songs and the use of "In Dreams" in David Lynch's Blue Velvet revived his career in the 1980s. In 1988, he joined the supergroup Traveling Wilburys with George Harrison, Bob Dylan, Tom Petty, and Jeff Lynne and also rel... More piano sheets by Roy Orbison

Kylie Minogue - Can't Get You Out of My Head
Robbie Williams - She's The One
Björk - It's Oh So Quiet
Billy Joel - Allentown
Henry Mancini - Moon River
John Mayer - No Such Thing
David Guetta - Titanium (feat. Sia)
Linkin Park - In The End
Olivia Newton-John - I Honestly Love You 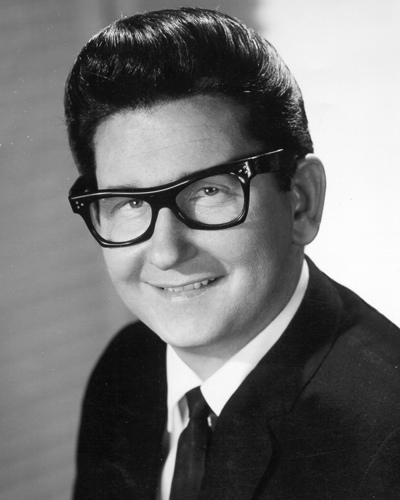