"Breakn' a Sweat" is a song by American electronic music producer Skrillex. It is the third track on his fourth EP, Bangarang. It features guest vocal and musical contributions from the American rock band The Doors. It was created for the 2012 documentary film Re:Generation. Musically, "Breakn' a Sweat" has heavy influences of dubstep, electro house and progressive house. Show Breakn' a Sweat piano sheet

Sonny John Moore, better known by his stage name Skrillex, is an American electronic musician and singer-songwriter. Raised in Northeast Los Angeles and in Northern California, Moore joined the American post-hardcore band From First to Last as the lead singer in 2004, and recorded two studio albums with the band (Dear Diary, My Teen Angst Has a Body Count, 2004, and Heroine, 2006) before leaving to pursue a solo career in 2007. He began his first tour as a solo artist in late 2007. After recruiting a new band lineup, Moore joined the Alternative Press Tour to support bands such as All Time Low and The Rocket Summer, and appeared on the cover of Alternative Press' annual "100 Bands You Need to Know" issue. More piano sheets by Skrillex 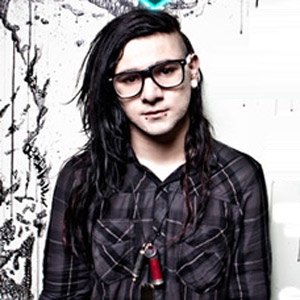