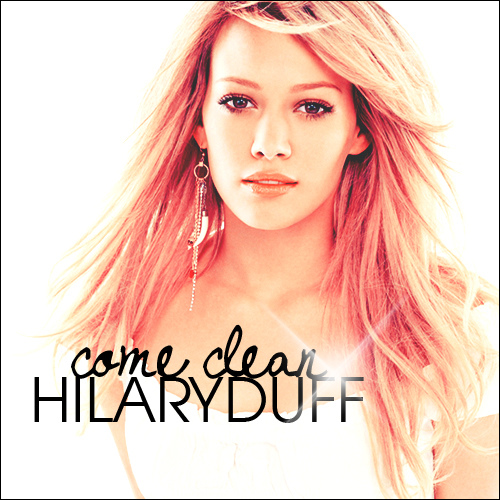 "Come Clean" is a song recorded by American pop rock singer Hilary Duff. The song was written by Kara DioGuardi and John Shanks, and produced by latter for Duff's second studio album, Metamorphosis (2003). The song contains influences of electronica, with the lyrics chronicling the protagonist wanting to "come clean" with her love interest, from a strained relationship. "Come Clean" is a moderately fast song in a tempo of 120 beats per minute. Written in the key of B Major, it features the sequence of G#mj7—E2—G#mj7 as its chord progression. Duff's vocals span from the note of F#3 to the note of B4. Show Come Clean piano sheet