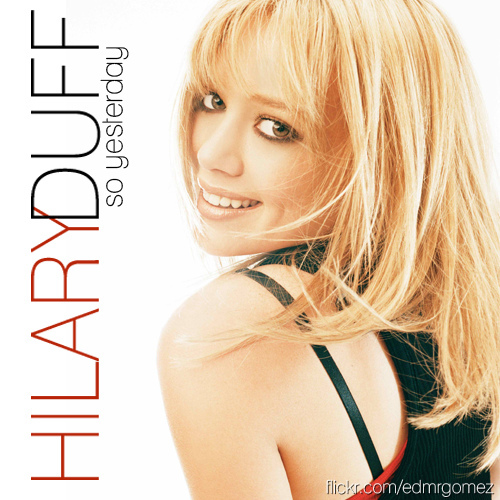 "So Yesterday" is a song recorded by American pop rock singer Hilary Duff. The song was written by Lauren Christy, Scott Spock, Graham Edwards, and Charlie Midnight, and produced by The Matrix for Duff's second studio album, Metamorphosis (2003). The song draws influences from pop rock music, and the lyrics chronicle the protagonist getting over a breakup with her boyfriend, declaring him as "so yesterday". "So Yesterday" is moderately paced, with influences of pop and rock music and moves at a tempo of 76 bpm. The song is set in the signature of common time, and is written in the key of C♭ major. The song has the sequence of Am–G–Fmaj7 as its chord progression. Duff's vocal range in the song spans from the note of G♯3 to ... Show So Yesterday piano sheet