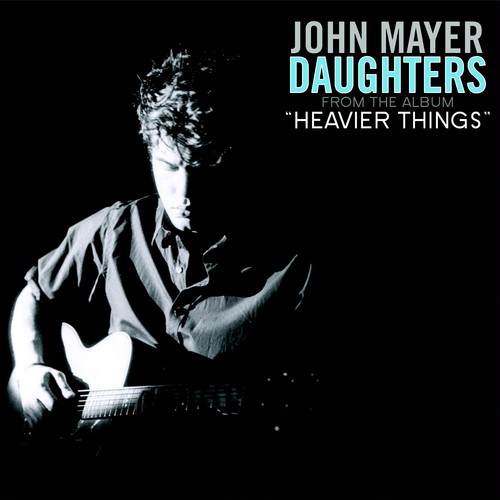 "Daughters" is the third single from Heavier Things, the 2003 studio album from blues rock singer-songwriter, John Mayer. The critically acclaimed song won numerous awards, including the 2005 Grammy Award for Song of the Year at the 47th Grammy Awards. It has sold 1,007,000 copies in the US as of May 2013. Lyrically, "Daughters" is an admonition to fathers (and to a lesser extent mothers) to nurture their daughters in their childhood, because the relationship will affect their future relationships with men as adults. Show Daughters piano sheet

John Clayton Mayer is an American pop and blues rock musician, singer-songwriter, recording artist, and music producer. Born in Bridgeport, Connecticut, and raised in Fairfield, he attended Berklee College of Music in Boston. He moved to Atlanta in 1997, where he refined his skills and gained a following, and he now lives in Montana. His first two studio albums, Room for Squares and Heavier Things, did well commercially, achieving multi-platinum status. In 2003, he won a Grammy Award for Best Male Pop Vocal Performance for "Your Body Is a Wonderland." More piano sheets by John Mayer