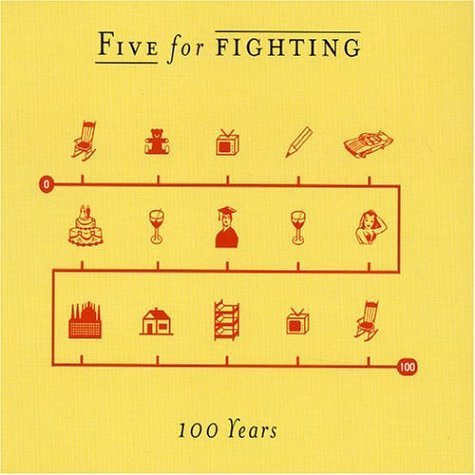 "100 Years" is a song written and recorded by American singer-songwriter Five for Fighting (John Ondrasik). It was released in November 2003 as the first single from the album The Battle for Everything. In December 2004, on the Billboard end-of-the-year music chart, "100 Years" was ranked at number 77 for the year, though it peaked at number twenty-eight. "100 Years" was also the longest running number-one single of the year on the Billboard Hot Adult Contemporary Tracks chart, staying at number-one for 12 non consecutive weeks. Show 100 Years piano sheet