"Cry Cry" is a song by Oceana from her debut album "Love Supply" which was released on the US-market by the label Ultra Records. This was a breakthrough in her career: the song was the highest selling single in Poland that year and peaked in several other European countries in the charts. Following this success Oceana appeared in numerous European TV shows. Show Cry Cry piano sheet

Oceana Mahlmann, born January 23, 1982, is a German singer of German/Martiniquen descent. Her musical roots are imbedded in soul, reggae, hip-hop and funk. She was raised by her mother, a German Haute Couture designer. Her father was a DJ from Martinique. The funk legend Maceo Parker is a close family and as a young child she performed with him on stage.
In her teens she established herself as dancer and choreographer. She performed in the role of the Aida in the musical “Aida” by Tom Rice and Elton John and was the vocal solist in the musical “Dirty Dancing” by Eleanor Bergstein. In 2006 she was the choreographer of the German chartbreaking band Seeed. In 2008 she signed to Warner to establish herself as a songwriter and singer. More piano sheets by Oceana 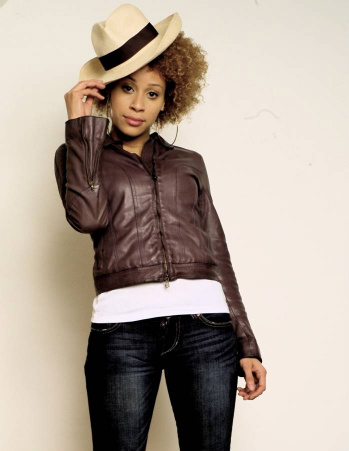