Why Does My Heart Feel So Bad? - Moby Free Piano Sheet Music

Why Does My Heart Feel So Bad? description

"Why Does My Heart Feel So Bad?" is a song by American electronica musician Moby released as the fourth single from his 1999 album Play. The song managed to chart at number 16 on the UK Singles Chart. It features The Shining Light Gospel Choir on vocals. The cover features Moby's character "Little Idiot". The song was featured in the theatrical trailer for the 2001 war film, Black Hawk Down. Show Why Does My Heart Feel So Bad? piano sheet

Richard Melville Hall, known by his stage name Moby, is an American musician, DJ, and photographer. He is well known for his sample-based electronic music, vegan lifestyle, and support of animal rights. Moby has sold over 20 million albums worldwide. Allmusic considers him "one of the most important dance music figures of the early '90s, helping bring the music to a mainstream audience both in the UK and in America".
Moby gained attention in the early 1990s with his electronic dance music work, which experimented in the techno and breakbeat hardcore genres. With his fifth studio album, the electronica and house-influenced Play, he gained international success. Originally released in mid-1999, selling 6000 copies in its first week, it re-entered the charts in early 2000 and became an unexpected hit, producing eight singles and selli... More piano sheets by Moby 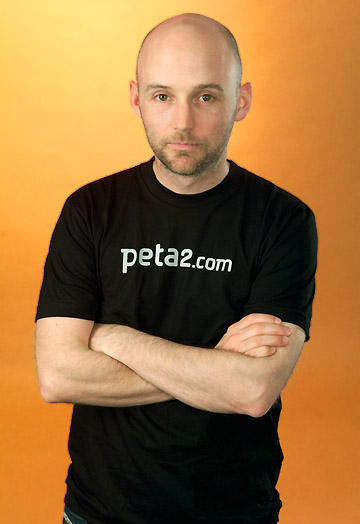