"Ain't No Mountain High Enough" is an R&B/soul song written by Nickolas Ashford & Valerie Simpson in 1966 for the Tamla Motown label. The composition was first successful as a 1967 hit single recorded by Marvin Gaye and Tammi Terrell, becoming a hit again in 1970 when recorded by former Supremes frontwoman Diana Ross. The song became Ross' first solo number-one hit on the Billboard Hot 100 chart and was nominated for a Grammy Award. Show Ain't No Mountain High Enough piano sheet

Marvin Gaye was an American singer-songwriter and musician whose career spanned more than three decades. Born and raised in Washington, D.C., he was the son of a storefront minister of a local Pentecostal church sect and grew up singing gospel in church revivals as a young child. Gaye branched out into secular music as a teenager, joining the doo-wop group The Marquees, after returning from an honorable discharge from the United States Air Force, before the group was hired by Harvey Fuqua to be Harvey & The Moonglows. Following the band's separation in 1960, Gaye began working as a session drummer for the Detroit music label, Anna, before signing with Motown Records in 1961, adding an "e" to his surname.
Gaye was one of many who shaped the sound and success of Motown Records in the 1960s, becoming that label's top-selling solo arti... More piano sheets by Marvin Gaye

Drake - Crew Love
Justin Bieber - Beauty and a Beat
Backstreet Boys - It's True
10,000 Maniacs - Because the Night
Blessid Union of Souls - I Believe
Alicia Keys - Diary
N Sync - This I Promise You
Cody Simpson - So Listen (feat. T-Pain)
Bread - If 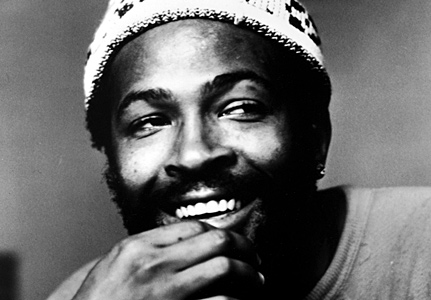