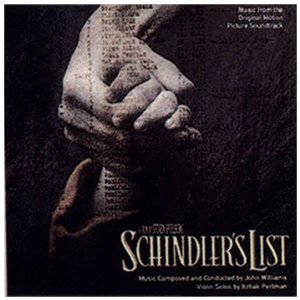 Schindler's List is the original soundtrack, on the MCA label, of the 1993 film Schindler's List starring Liam Neeson, Ben Kingsley, Ralph Fiennes and Caroline Goodall. The original score and songs were composed by John Williams, and features violin player Itzhak Perlman. The album won the Academy Award and the BAFTA Award for "Best Original Score" and the Grammy Award for "Best Instrumental Composition Written for a Motion Picture or for Television". It was also nominated for a Golden Globe. Show Theme song from Schindler's List piano sheet