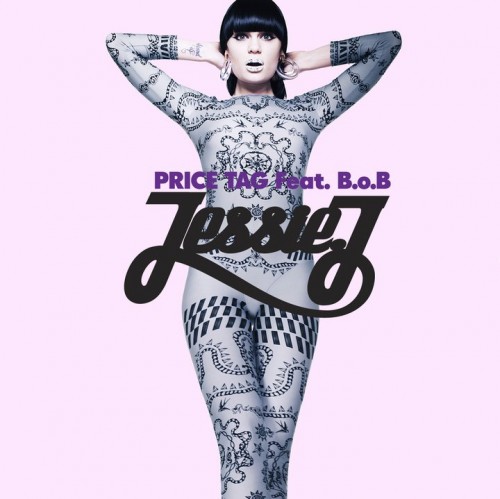 "Price Tag" is a song by British singer-songwriter Jessie J, featuring American rapper B.o.B. It was released on 31 January 2011 in the United Kingdom as the second single from Jessie J's debut studio album, Who You Are. "Price Tag" was written by Jessie J, Dr. Luke, Claude Kelly and B.o.B, and it was produced by Dr. Luke. "Price Tag" is an up-tempo, "feel good" track, inflected with reggae bounce and a sing-along chorus with powerful vocals from Jessie J, slinky guitars, and a vintage backbeat. Show Price Tag piano sheet

Jessica Ellen Cornish, better known by her stage name Jessie J, is an English singer and songwriter. Born and raised in London, she studied at the BRIT School before signing with Gut Records and striking a songwriting deal with Sony/ATV Music Publishing where she wrote for artists such as Chris Brown and Miley Cyrus.
Signed with Universal, Jessie J came to prominence following the release of her debut single, "Do It Like a Dude", which peaked at number two on the UK Singles Charts. After topping the charts in nineteen countries including the United Kingdom, France, Ireland, and New Zealand with the song "Price Tag", she released her debut album, Who You Are (2011) which charted at number two in the UK. Other releases from the album included "Nobody's Perfect", "Who's Laughing Now", and "Who You Are" which all charted within the top... More piano sheets by Jessie J