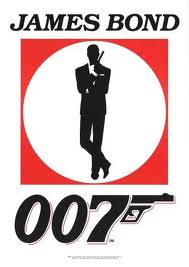 James Bond, code name 007, is a fictional character created in 1953 by writer Ian Fleming, who featured him in twelve novels and two short story collections. The fictional British Secret Service agent has also been adapted for television, radio, comic strip and video game formats as well as being used in the longest continually running and the second-highest grossing film franchise to date, which started in 1962 with Dr. No, starring Sean Connery as Bond. As of 2012, there have been twenty three films in the Eon Productions series. More piano sheets by James Bond 007