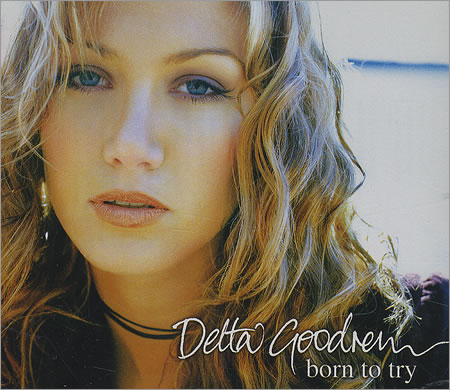 "Born to Try" is a song by Australian recording artist and songwriter Delta Goodrem, written by Audius Mtawarira and produced by Ric Wake for her debut studio album Innocent Eyes (2003). The song was co-written by her while she was staying at her home in Sydney, Australia for the production of the studio album, as well as written and producing four other songs together. Though many of the public consider this as Goodrem's breakthrough single, it is not her debut single. Show Born to Try piano sheet