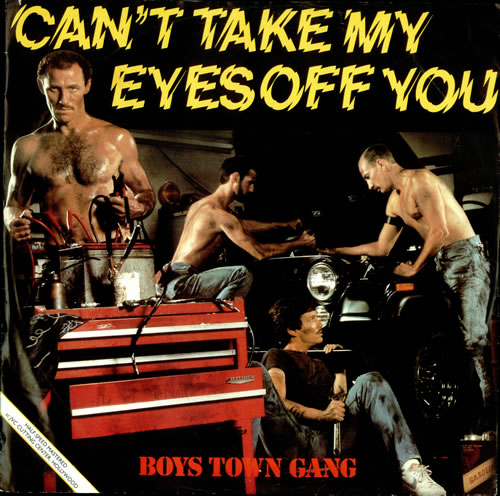 Can't Take My Eyes Off You description

"Can't Take My Eyes Off You" is a 1967 single by Frankie Valli. The song was among Valli's biggest hits, reaching #2 on the Billboard Hot 100 and earning a gold record. It was Valli's biggest "solo" hit until he hit #1 in 1975 with "My Eyes Adored You". "Can't Take My Eyes Off You" has had a major cultural impact, with hundreds of cover versions, many of which have been on the charts themselves in different countries. The song is a staple of television and film soundtracks, even being featured as part of the plot of some films, such as when the lead characters sing or arrange their own version of the song. The Valli version was also used by NASA as a wake-up song for a mission of the Space Shuttle, on the anniversary of astronaut ... Show Can't Take My Eyes Off You piano sheet

The Boys Town Gang were a San Francisco based disco and Hi-NRG band. Their popularity peaked in the 1980s, when the group reached number 5 on Billboard's Hot Dance Club Play chart with the single "Cruisin' the Streets", and number 4 in the UK Singles chart and number 1 in the Netherlands with their cover version of "Can't Take My Eyes Off You".
In 1980 DJ Bill Motley saw an opportunity to form a group that catered to San Francisco's large gay clientele. In his search to form a group he auditioned hundreds of vocalists, both male and female. Local cabaret singer Cynthia Manley captured the lead spot.
The idea was originally for one 12" single with two tracks of high energy music. Motley, a Diana Ross fan, picked two Ashford & Simpson songs to form a medley for the A-side. For the B-side he wrote a disco drama in four acts. A ... More piano sheets by Boys Town Gang

Olly Murs - Troublemaker (Feat. Flo Rida)
Aaron Neville - Don't Know Much (feat. Linda Ronstadt)
Bee Gees - If I Can't Have You
Chicago - Hard To Say I'm Sorry
The Calling - Wherever You Will Go
Gloria Estefan - Anything For You
Marco Borsato - Maskers Af
Patrick Swayze - She's Like The Wind (Dirty Dancing)
Faith Hill - There You'll Be 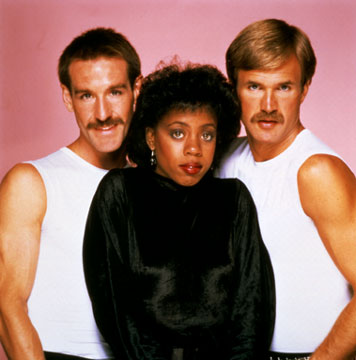