I'll Be There for You - Bon Jovi Free Piano Sheet Music 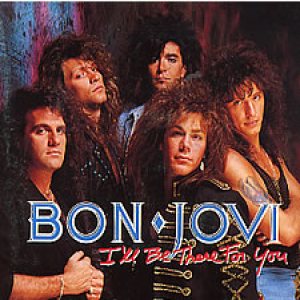 I'll Be There for You description

"I'll Be There for You" is a song by American hard rock band Bon Jovi from their 1988 album New Jersey, was written by Jon Bon Jovi and Richie Sambora. The single of the song was ranked number one on the Billboard Hot 100 and #5 on the Mainstream rock charts. riginally released on the 1988 album New Jersey, it became the band's third single from the album when it was released as a single in 1989. As the band (and hard rock music) was at its peak popularity at this time, the song quickly climbed to the number one position on the Billboard Hot 100, becoming their fourth and final number one single. The song has remained as one of Bon Jovi's signature songs and a classic in the power ballad genre. The song was also a peek into a more... Show I'll Be There for You piano sheet