Send "Shakira" Ringtones to your Cell

Shakira Isabel Mebarak Ripoll, known mononymously as Shakira, is a Colombian singer-songwriter, dancer, record producer, choreographer and model who emerged in the music scene of Colombia and Latin America in the early 1990s. Born and raised in Barranquilla, Shakira began performing in school, demonstrating her vocal ability with rock and roll, Latin and Arabic influences with her own original twist on belly dancing. Shakira is a native Spanish speaker who speaks fluent English and Portuguese, as well as some Italian, French, and Catalan.
After a poor commercial reception with local producers on her first two albums, and being little-known outside Colombia, Shakira decided to produce her own brand of music. In 1995 she released Pies Descalzos, which brought her to prominence in Latin America and Spain; her 1998 album, Dónde Están los Ladrones?, was a critical success selling over 7 million copies worldwide.
Shakira has won many awards including five MTV Video Music Awards, two Grammy Awards, eight Latin Grammy Awards, seven Billboard Music Award, twenty-eight Billboard Latin Music Awards and has been Golden Globe-nominated. She already received her own star for Hollywood Walk Of Fame She is also the highest-selling Colombian artist of all time, having sold between 50 to more 60 million albums. Her U.S. album sales stand at 9.9 million. In the fall of 2009, Shakira released her sixth studio album She Wolf worldwide gaining a lot of critical praise for her eccentricity and writing skills. The album sold roughly 2 million copies around the world. Shakira's "Waka Waka (This Time for Africa)", was chosen as the official song for the 2010 FIFA World Cup. The song has received generally positive critical reception, and has become a worldwide hit and the biggest selling World Cup song of all time. On YouTube, the English version of the music video is the 5th most watched video of all time with over 500 million views. When she released her seventh studio album, the bilingual Sale el Sol in October 2010, she gained back her Latin following, which Shakira described as being the main goal for the album. The album has sold over 4 million copies worldwide. Since 2009, Shakira's musical career suffered from a strained relationship with her label Epic Records, which resulted in lack of promotion and investment from Epic Records towards her two latter studio albums She Wolf (2009) and Sale el Sol (2010). 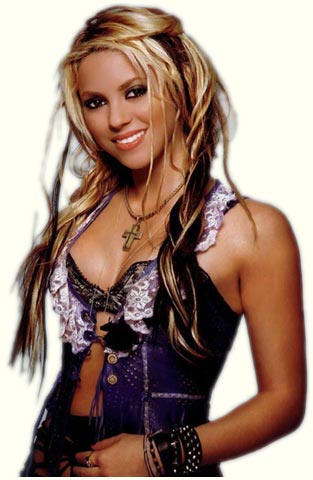