Send "Lawson" Ringtones to your Cell

Lawson are a British band. The band consists of Andy Brown (acoustic guitar and lead vocals), Ryan Fletcher (bass guitar and backing vocals), Joel Peat - bowl cut. (lead guitar and backing vocals) and Adam Pitts (drums), who are originally from Liverpool, Nottingham, Chesterfield and Brighton. The band are currently based in London.
In 2011, the band made its mainstream breakthrough after becoming the support act for one of Britain’s biggest pop bands, The Wanted, on its first-ever theater tour, The Behind Bars Tour. The band made a great impression on the audience and received good reviews from fans and critics alike. Having developed a friendship with The Wanted, they returned as the support act for The Wanted's second tour, #TheCode Tour. In an interview, the band told In Demand that they found working with The Wanted very inspiring: "The Wanted boys are amazing, and we love them; we became so close, and they really looked after us on tour. But they also played a lot of pranks." They have also stated that watching The Wanted perform firsthand gave them something to aspire to, because they had seen how much the band had grown within a year, especially cracking the United States. 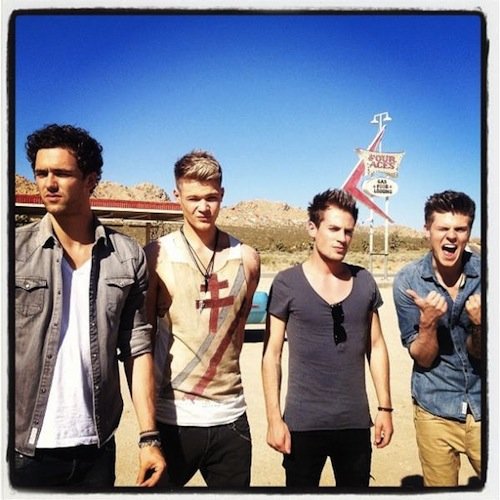