Damien Rice is an Irish singer-songwriter, musician and record producer who plays guitar, piano, clarinet and percussion.
Rice was raised in Celbridge, County Kildare, Ireland, and began his musical career as a member of the 1990s rock group Juniper. After leaving the band he worked as a farmer in Tuscany and busked throughout Europe before returning to Ireland in 2001 and beginning a solo musical career.
In 2002 his debut album O reached No. 8 on the UK albums chart, won the Shortlist music prize and generated three top-30 singles in the UK. Rice released his second album 9 in 2006 and his songs have appeared in numerous films and television episodes. 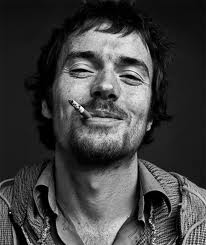