Anton Zaslavski, known primarily by his stage name Zedd, is a Russian-German electronic dance music producer and DJ. He primarily produces in the electro house genre, but has branched out, drawing influences from progressive house, complextro and dubstep.
Zaslavski was born in Russia. He is a classically trained musician, born to two musicians, and began playing the piano and drums at the age of four. In 2002 he began playing for the German band Dioramic, signed by Lifeforce Records. Zaslavski's interest in producing electronic music was piqued after hearing "Cross" by French electronic duo Justice. He began producing electronic music in 2009. More piano sheets by Zedd 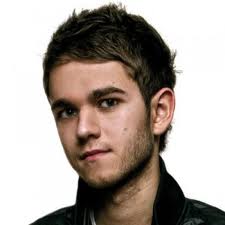