"One Man's Dream" is a song by the Greek pianist, keyboardist, composer, and music producer Yanni from the album "Yanni Live at the Acropolis", both an album and video recorded live at the Herodes Atticus Theatre, Athens, Greece, on September 25, 1993, and released in 1994. This album peaked at #1 on "Billboard's "Top New Age Albums" chart and at #5 on the "Billboard 200" chart in the same year. Show One Man's Dream piano sheet

Yanni is a Greek pianist, keyboardist, composer, and music producer (born Yiannis Hryssomallis; Greek: Γιάννης Χρυσομάλλης, Giannis Chrysomallis; November 14, 1954) who has spent his adult life in the United States.
Yanni continues to use the musical shorthand that he developed as a child, blending jazz, classical, soft rock, and world music to create predominantly instrumental works. As this genre of music was not well suited for commercial pop radio and music television, Yanni achieved international recognition by producing concerts at historic monuments and by producing videos that were broadcast on public television. His breakthrough concert, Yanni Live at the Acropolis, yielded the second best-selling music video of all time. Additional historic sites for Yanni's concerts have included India's Taj Mahal, Chi... More piano sheets by Yanni 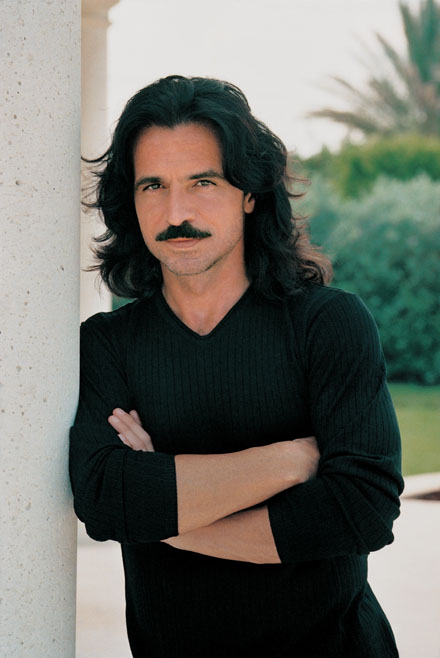