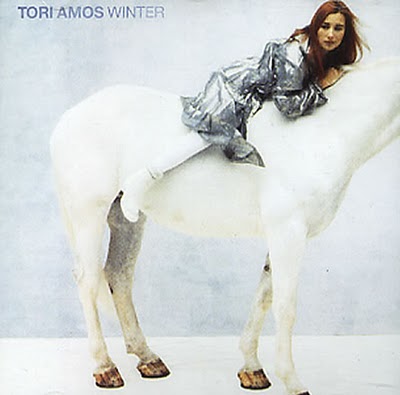 "Winter" is a song by American singer-songwriter and musician Tori Amos, first released in 1992. The song was written about Amos' relationship with her father, who is a minister. "Winter" was first released as the fourth single from Amos' debut studio album Little Earthquakes. It was released on March 9, 1992 by EastWest Records in the UK and Atlantic Records on November 24 in North America. The song also appears on Amos' 2003 compilation, Tales of a Librarian. The music video can be seen on the two currently available video collections: Tori Amos: Complete Videos 1991–1998 and Fade to Red. The single was released globally in a variety of formats with slightly differing artwork and track listings. The most commonly available ... Show Winter piano sheet

Tori Amos is an American pianist, singer-songwriter and composer. She is a classically trained musician and possesses a mezzo-soprano vocal range. Amos originally served as the lead singer of 1980s synthpop group Y Kant Tori Read, and as a solo artist was at the forefront of a number of female singer-songwriters in the early 1990s. She was also noteworthy early in her solo career as one of the few alternative rock performers to use a piano as her primary instrument. Some of her charting singles include "Crucify", "Silent All These Years", "God", "Cornflake Girl", "Caught a Lite Sneeze", "Professional Widow", "Spark", "1000 Oceans", and "A Sorta Fairytale", her most commercially successful single in the U.S. to date. As of 2005, Amos had sold 12 million albums worldwide. She has been nominated for several awards, including 8 Grammy Award ... More piano sheets by Tori Amos