Get Back Up - TobyMac Free Piano Sheet Music

Get Back Up description

"Get Back Up" is a song by Christian musician tobyMac from his album, Tonight. It was released on January 26, 2010 on iTunes. TobyMac donated 100% of his artist royalties from first week sales of the single to relief efforts for Haiti after the 2010 Haiti earthquake that devastated the country. This song was played when Tobymac performed on Fox and Friends. The song Charted at #1 on the Billboard Hot Christian Songs. Show Get Back Up piano sheet

Toby McKeehan, better known by his stage name TobyMac (styled tobyMac), is a Christian recording artist, music producer, hip-hop/pop artist, singer-songwriter, and author.
TobyMac was one of the first and best-known Christian rappers. He was first known for being a member of the Christian vocal trio DC Talk, staying with them from 1987 until their announced hiatus in 2000. He has since continued a successful solo career with the release of five studio albums: Momentum (2001), Welcome to Diverse City (2004), Portable Sounds (2007), Tonight (2010), Eye on It (2012), as well as two remixed albums of the first two albums titled Re:Mix Momentum and Renovating Diverse City respectively, and one remix album for albums number three and four titled Dubbed and Freq'd: A Remix Project (2012). He also has a full-length Christmas album Christma... More piano sheets by TobyMac 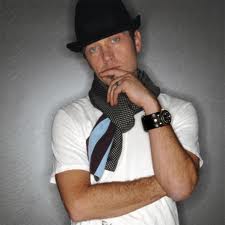