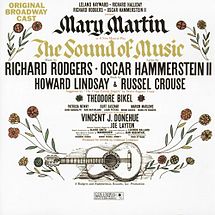 "Sixteen Going on Seventeen" is a show tune from the 1959 Rodgers and Hammerstein musical The Sound of Music. The lyrics of the song state that Liesl is a young girl at the beginning of her womanhood, and that she can depend on Rolf for guidance, because he is a good year older. Since the comparative maturity of the two characters in the story is the opposite of that expressed in the song, this is an example of lyrical irony. Show Sixteen going on Seventeen piano sheet

The Sound Of Music description

The Sound of Music (1959) is a musical with music by Richard Rodgers, lyrics by Oscar Hammerstein II and a book by Howard Lindsay and Russel Crouse. It is based on the memoir of Maria von Trapp, The Story of the Trapp Family Singers. Many songs from the musical have become standards, such as "Edelweiss", "My Favorite Things", "Climb Ev'ry Mountain", "Do-Re-Mi", and the title song "The Sound of Music". The original Broadway production, starring Mary Martin and Theodore Bikel, opened on November 16, 1959; the show has enjoyed numerous productions and revivals since then. It was adapted as a 1965 film musical starring Julie Andrews and Christopher Plummer, which won five Academy Awards. The Sound of Music was the final musical written by Rodgers and Hammerstein; Hammerstein died of cancer ni... More piano sheets by The Sound Of Music

Irene Cara - Flashdance... What A Feeling
Queen - We Are The Champions
Christina Aguilera - Soar
One Direction - One Way or Another (Teenage Kicks)
Nelly - Just a Dream
98 Degrees - Because of You
Coldplay - Don't Panic
Justin Bieber - I Would
Billy Joel - The Longest Time 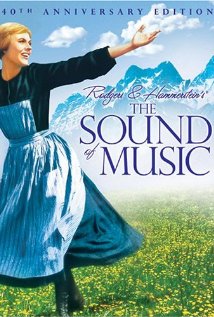 The Sound of Music - Sixteen Going on Seventeen - PianoHelp.net