Dreaming of You description

"Dreaming of You" is the name of a Selena love song written by Franne Golde and Tom Snow. It was Selena's biggest single, peaking at #21 on the Billboard Hot 100. The song was released at the end of the first quarter of 1995, after Selena's murder. It appeared on the album of the same name, which was released posthumously. Show Dreaming of You piano sheet

Selena Quintanilla-Pérez, known simply as Selena, was an American singer-songwriter. She was named the "top Latin artist of the '90s" and "Best selling Latin artist of the decade" by Billboard for her fourteen top-ten singles in the Top Latin Songs chart, including seven number-one hits. Selena had the most successful singles of 1994 and 1995, "Amor Prohibido" and "No Me Queda Más". She was called "The Queen of Tejano music" and the Mexican equivalent of Madonna. Selena released her first album, Selena y Los Dinos, at the age of twelve. She won Female Vocalist of the Year at the 1987 Tejano Music Awards and landed a recording contract with EMI a few years later. Her fame grew throughout the early 1990s, especially in Spanish-speaking countries, and she had begun recording in English as well. More piano sheets by Selena

Santana - Smooth
Pink - Blow Me (One Last Kiss)
Josh Groban - The Prayer
Bon Jovi - Always
Bread - Make It with You
Orange Blue - Can Somebody Tell Me Who I Am?
Take That - How Deep Is Your Love
Björk - Big Time Sensuality
Natalie Cole - Ask a Woman Who Knows 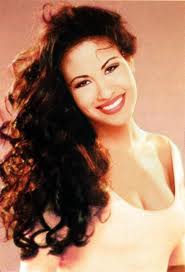