Kiss from a Rose description

"Kiss from a Rose" is a song from Seal's second eponymous album Seal (aka Seal II). The song was first released as a single in July 1994. Re-released in 1995, it was included on the Batman Forever film soundtrack, helping it top the charts in the U.S. and Australia. At the 38th Grammy Awards in 1996, it won awards for Record of the Year, Song of the Year, and Best Male Pop Vocal Performance. Show Kiss from a Rose piano sheet

Seal Henry Olusegun Olumide Adeola Samuel, known as Seal, is a British soul and R&B singer-songwriter. Seal has won numerous music awards throughout his career, including three Brit Awards - winning Best British Male in 1992, four Grammy Awards, and an MTV Video Music Award. Seal is known for his numerous international hits, the best known being "Kiss from a Rose", which appeared in the soundtrack to the 1995 film Batman Forever. He has sold more than 20 million albums worldwide. He is a coach on The Voice Australia.
Seal and wife Heidi Klum announced in June 2010 that they would be making a reality series on Lifetime titled Love's Divine (after Seal's song of the same name). Seal was also a judge for the 10th annual Independent Music Awards to support independent artists' careers. More piano sheets by Seal 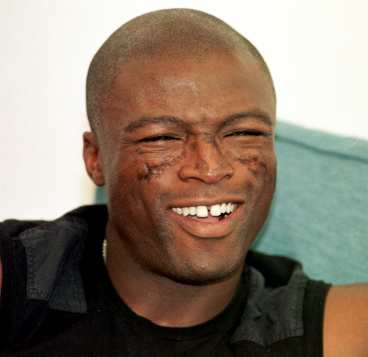