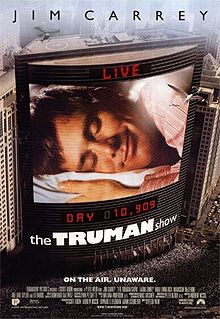 The Truman Show is a 1998 American satirical comedy-drama film directed by Peter Weir and written by Andrew Niccol. The cast includes Jim Carrey as Truman Burbank, as well as Laura Linney, Noah Emmerich, Ed Harris and Natascha McElhone. The film chronicles the life of a man who is initially unaware that he is living in a constructed reality television show, broadcast around the clock to billions of people across the globe. Truman becomes suspicious of his perceived reality and embarks on a quest to discover the truth about his life. Show Truman Sleeps (Truman Show Soundtrack) piano sheet

Philip Glass (born January 31, 1937) is an American composer. He is often said to be one of the most influential composers of the late 20th century. His music is also often controversially described as minimalist, along with the work of the other "major minimalists" La Monte Young, Terry Riley and Steve Reich. He has distanced himself from the "minimalist" label, describing himself instead as a composer of "music with repetitive structures." Though his early mature music shares much with what is normally called "minimalist", he has since evolved stylistically. Currently, he describes himself as a "Classicist", pointing out that he is trained in harmony and counterpoint and studied such composers as Franz Schubert, Johann Sebastian Bach and Wolfgang Amadeus Mozart with Nadia Boulanger. More piano sheets by Philip Glass 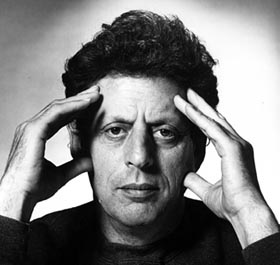