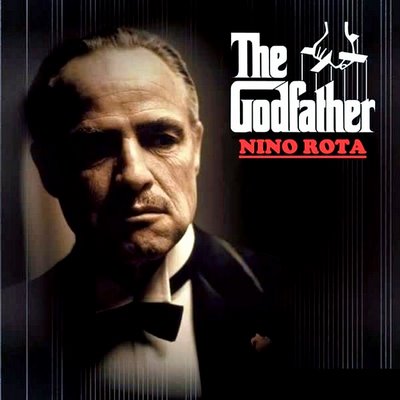 Love Theme from The Godfather description

"Speak Softly Love (Love Theme from The Godfather)" is a song written for The Godfather (1972), the first film in the Godfather trilogy. While its instrumental version is simply known as "The Godfather Love Theme", "Speak Softly Love" is the vocal version. The words are by Larry Kusik but the music itself is by Nino Rota. The signature musical theme that opens the piece closely models a theme that appears early in the Overture to "La Forza del Destino" by Giuseppe Verdi. There are also different sets of lyrics for the song in Italian ("Parla Più Piano") and also in Sicilian ("Brucia La Terra"). The Sicilian version is sung by Anthony Corleone (Franc D'Ambrosio) in The Godfather Part III. Rota had used a more comedic version of t... Show Love Theme from The Godfather piano sheet

Nino Rota was an Italian composer and academic who is best known for his film scores, notably for the films of Federico Fellini and Luchino Visconti. He also composed the music for two of Franco Zeffirelli's Shakespeare films, and for the first two films of Francis Ford Coppola's Godfather trilogy, receiving the Academy Award for Best Original Score for The Godfather Part II (1974).
During his long career Rota was an extraordinarily prolific composer, especially of music for the cinema. He wrote more than 150 scores for Italian and international productions from the 1930s until his death in 1979 - an average of three scores each year over a 46 year period, and in his most productive period from the late 1940s to the mid-1950s he wrote as many as ten scores every year, and sometimes more, with a remarkable thirteen film scores to h... More piano sheets by Nino Rota