"Just a Dream" is a song performed by American recording artist Nelly, released as the lead single from his 2010 album 5.0. The song was written by Mitch J, Nelly, Rico Love, Jim Jonsin and Frank Romano with Jonsin and Love producing the song. The song was released from August 16, 2010 to iTunes Stores around the world for digital download. It was released alongside with the promotional single, "Tippin' In da Club". On October 6, 2010 the song was certified triple platinum by the RIAA. Show Just a Dream piano sheet

Cornell Iral Haynes, Jr., better known by his stage name Nelly, is an American Grammy Award-winning hip hop recording artist, entrepreneur and occasional actor from St. Louis, Missouri. He has performed with Southern hip hop group St. Lunatics since 1993 and signed to Universal Records in 1999. Under Universal, Nelly began his solo career in 2000 with his debut album Country Grammar, the title track of which was a top ten hit. The album debuted at number three on the Billboard 200 and went on to peak at number one. Country Grammar is Nelly's best-selling album to date, selling over 8.4 million copies in the United States. His following album, Nellyville, produced the number-one hits "Hot in Herre" and "Dilemma" (featuring Kelly Rowland). Other singles included "Work It" (featuring Justin Timberlake), "Air Force Ones" (featuring Murphy Lee... More piano sheets by Nelly

Moulin Rouge - Come What May
George Michael - A Different Corner
Patsy Cline - Crazy
Aretha Franklin - Save Me
Backstreet Boys - Get Another Boyfriend
Lawson - When She Was Mine
Moby - Why Does My Heart Feel So Bad?
James Horner - Rose (Titanic theme)
Ben Folds - Hiro's Song 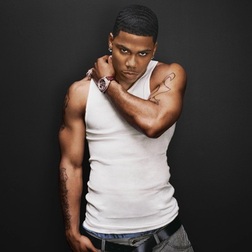