"Overcome" is a song by alternative rock group Live, which was released as the second single from their 2001 album, V. The song became associated with the September 11 attacks on the United States. Proceeds from the sale of the single were donated to charities to benefit the victims of the attack. Show Overcome piano sheet

Live is an American rock band from York, Pennsylvania, composed of Chad Taylor (lead guitar), Patrick Dahlheimer (bass), Chad Gracey (drums), and Chris Shinn (vocals). Live's original lead singer Ed Kowalczyk left the band in November 2009. Live achieved worldwide success with their 1994 album, Throwing Copper, which has sold eight million copies in the US. The band had a string of hit singles in the mid 1990s including "Lightning Crashes", which stayed at the top of the Billboard Hot Mainstream Rock Tracks chart for 10 consecutive weeks and the Modern Rock Tracks (now Alternative Songs) chart for nine weeks from February 25 to April 22, 1995. The band has sold over 20 million albums worldwide. Their last three studio albums fared only moderately well in the US, but they continued to enjoy success in The Netherlands, South Africa and Aus... More piano sheets by Live 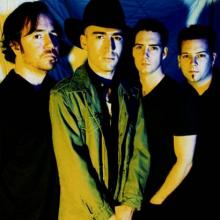