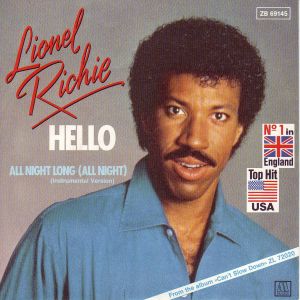 "Hello" is a song by Lionel Richie. Taken as the third single from Richie's multi-platinum album Can't Slow Down, the song was released in 1984 and reached number one on three Billboard music charts: the pop chart (for two weeks), the R&B chart (for three weeks), and the adult contemporary chart (for six weeks). The song also went to number one in the United Kingdom. It is considered by some to be Richie's signature song. The song is particularly memorable for the line "Hello, is it me you're looking for?". In an interview broadcast in the UK on Channel 4's Top 100 Number One Hits, Richie said he had been thanked by a large number of normally tongue-tied men who had proposed marriage after a slow dance to the song. Show Hello piano sheet 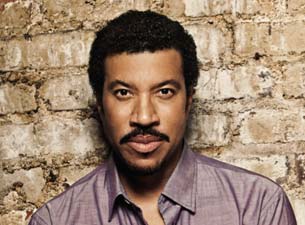