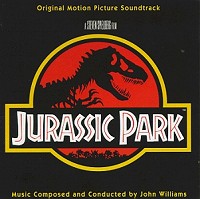 Jurassic Park is the twelfth project on which renowned composer John Williams worked with Steven Spielberg. He composed, conducted and produced the score for the film. Most of the cues were orchestrated by John Neufeld, with two of those being partially orchestrated by Conrad Pope and with three others entirely orchestrated by Alexander Courage. Show Theme song from Jurassic Park piano sheet