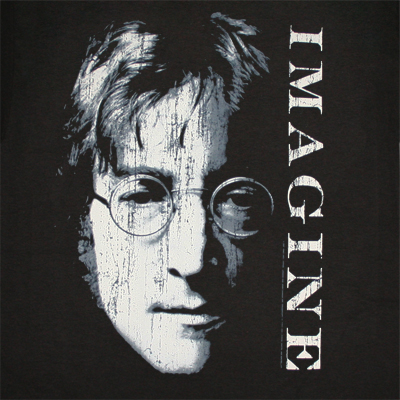 Imagine is the second studio rock album by John Lennon. Recorded and released in 1971, it tended towards songs that were gentler, more commercial and less primal rock than those on his previous album, the critically acclaimed John Lennon/Plastic Ono Band. The album is considered the most popular of his works. In 2012, Imagine was voted 80th on Rolling Stone magazine's list of the "500 Greatest Albums of All Time". Show Imagine piano sheet

John Ono Lennon was an English musician, singer and songwriter who rose to worldwide fame as a founder member of the Beatles, one of the most commercially successful and critically acclaimed acts in the history of popular music. Together with Paul McCartney, he formed one of the most celebrated songwriting partnerships of the 20th century. Born and raised in Liverpool, as a teenager Lennon became involved in the skiffle craze; his first band, the Quarrymen, evolved into the Beatles in 1960. As the group disintegrated towards the end of the decade, Lennon embarked on a solo career that produced the critically acclaimed albums John Lennon/Plastic Ono Band and Imagine, and iconic songs such as "Give Peace a Chance" and "Imagine". After his marriage to Yoko Ono in 1969, he changed his name to John Ono Lennon. Lennon disengaged himself from... More piano sheets by John Lennon