What Is Love description

"What Is Love" is a song recorded by Eurodance artist Haddaway. It was written and produced by Dee Dee Halligan (Tony Hendrik/Dieter Lünstedt) and Junior Torello (Karin Hartman-Eisenblätter) of Coconut Records in Cologne. The song peaked at number two in the United Kingdom and Germany, but it reached number one in 13 other countries, all of them European or Asian. The song reached number 11 on the Billboard Hot 100 in the United States, and number 12 in Australia. The song is currently the 75th best-selling single of all time in Germany. Show What Is Love piano sheet

Nestor Alexander Haddaway, better known by his stage name Haddaway, is a Trinidadian-German singer, best known to mainstream audiences for his 1993 hit, "What Is Love".
Haddaway's break came in 1992 when he was signed by German label Coconut Records. His first single "What Is Love" rapidly became popular across Europe, reaching number 2 in Germany and in the United Kingdom. In Germany, the single sold 900,000 copies, in the UK, it was certified Gold for shipment of 400,000 units. It later reached number 11 on the Billboard Hot 100 and was certified gold for shipments of 500,000 units. By the beginning of 1994, worldwide sales of "What Is Love" had already reached 2.6 million. More piano sheets by Haddaway

The Beatles - A Hard Day's Night
Backstreet Boys - Everyone
Elton John - Daniel
Westlife - Written In The Stars
Michael Jackson - You Are Not Alone
Jennifer Lopez - On the Floor (feat. Pitbull)
Jean-Jacques Goldman - Aicha
U2 - With or Without You
Lana Del Rey - Born to Die 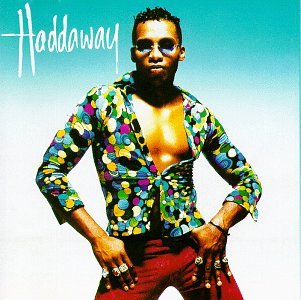