Somebody That I Used to Know - Gotye Free Piano Sheet Music

Somebody That I Used to Know description

"Somebody That I Used to Know" is a song written and recorded by Belgian-Australian singer-songwriter Gotye, featuring New Zealand singer/guitarist Kimbra. The song was released in Australia and New Zealand by Eleven Music on 5 July 2011 as the second single from Gotye's third studio album, Making Mirrors (2011). It was later released by Universal Music in December 2011 in the United Kingdom, and in January 2012 in the United States and Ireland. "Somebody That I Used to Know" was written and recorded by Gotye at his parents' house on the Mornington Peninsula in Victoria and is lyrically related to the experiences he has had with relationships. Show Somebody That I Used to Know piano sheet 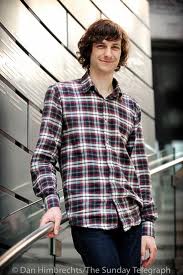