Anything For You - Gloria Estefan Free Piano Sheet Music

Anything For You description

"Anything for You" is a popular song and ballad written by Gloria Estefan and sung by Estefan and Miami Sound Machine. The song appeared on their 1987 album, Let It Loose. "Anything for You" became a number-one song in the United States summer of 1988; it was the band's (and Gloria's) first number-one and also saw a European first-release during the same period but failed to have the same impact there as the re-release in December 1988. It did top the Billboard magazine Hot 100 chart on May 14, 1988, and remained there for two weeks. Show Anything For You piano sheet

Gloria María Milagrosa Fajardo García de Estefan, known professionally as Gloria Estefan is a Cuban-born American singer, songwriter, actress and entrepreneur. Known as the "Queen Of Latin Pop", she is in the top 100 best selling music artists with over 100 million albums sold worldwide, 31.5 million of those in the United States alone. She has won three Grammy Awards and four Latin Grammys, and is the most successful crossover performer in Latin music to date.

In addition to her seven Grammys, Estefan has received a number of other awards. In May 1993, she received the Ellis Island Congressional Medal of Honor, which is the highest award that can be given to a naturalized U.S. citizen. She has won the Hispanic Heritage Award, an MTV Video Music Award, two cable television ACE Awards and the 1993 National Music Foundation's... More piano sheets by Gloria Estefan 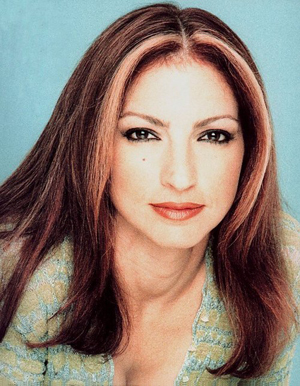