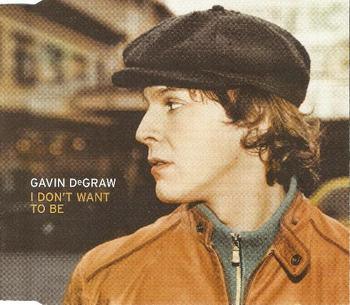 I Don't Want to Be description

"I Don't Want to Be" is a song by Gavin DeGraw appearing on his 2003 debut album Chariot. The single became DeGraw's biggest hit to date, mainly due to the premiere of One Tree Hill, of which the song is the opening theme. peaking at number ten in the U.S. in early-2005, and was certified 2x Platinum, having sold over 2,000,000 paid downloads. It is also DeGraw's only single to break the UK Top 40. Show I Don't Want to Be piano sheet