I Want to Know What Love Is description

Foreigner is a British-American rock band, originally formed in 1976 by veteran English musicians Mick Jones and ex-King Crimson member Ian McDonald along with American vocalist Lou Gramm. Foreigner has sold over 37.5 million albums in the United States alone.
Since its inception, Foreigner has been led by English musician Mick Jones (former member of Nero and the Gladiators, Spooky Tooth and The Leslie West Band) who, in early 1976, met with ex-King Crimson member Ian McDonald and formed Foreigner with Lou Gramm (ex-Black Sheep), Dennis Elliott, Al Greenwood, and Ed Gagliardi as a sextet. Jones came up with the name from the fact that no matter what country they were in, three would be foreigners, because he, McDonald, and Elliott were English, while Gramm, Greenwood, and Gagliardi were Americans. More piano sheets by Foreigner 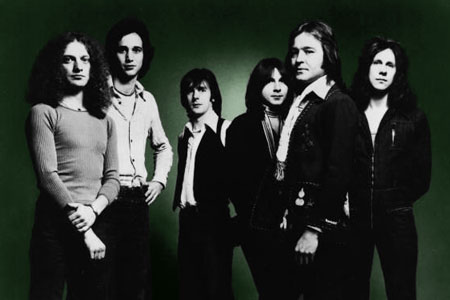