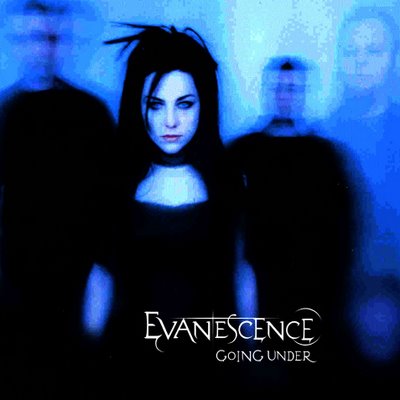 "Going Under" is a song by American rock band Evanescence. It was released on September 9, 2003, as the second single from their debut album Fallen. It was written by Amy Lee, David Hodges and Ben Moody, while production was handled by Dave Fortman. The song contains rock and metal influences among others and its main instrumentation consists of drums and guitars built around Lee's soprano vocals. According to Amy Lee, "Going Under" is about recovering from an abusive relationship, which she has stated in a number of interviews. Show Going Under piano sheet