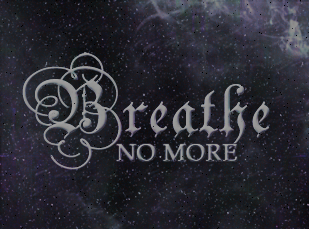 "Breathe No More" is a song by the rock band Evanescence from their first live album, Anywhere but Home, released in 2004. It includes all four of their Fallen music videos, an hour of behind the scenes features, and a recording of a concert at Le Zénith in Paris. The song "Breathe No More" was featured on the Elektra (2005) film soundtrack. Show Breathe No More piano sheet