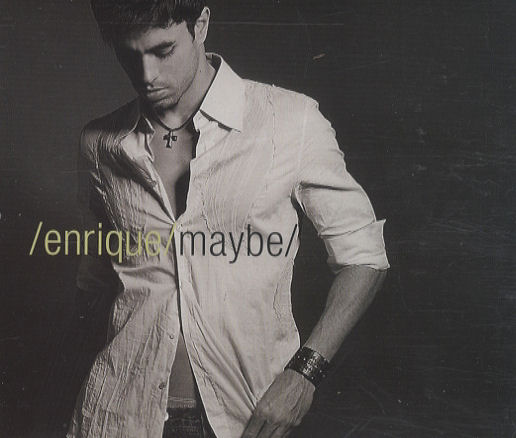 "Maybe" is a pop song written by Kara DioGuardi, Enrique Iglesias, Steve Morales and David Siegel for Iglesias' 2001 album, Escape. Iglesias stated in many interviews that the song was his favorite track from the album Escape. In 2002, the album was reissued with two new tracks, one of which was a reworking of the song dubbed the "Mark Taylor Mix". This version changed the song from a rhythmic piano based ballad into a slower guitar driven song. The single was released in November 2002 and became successful in UK, Ireland and New Zealand, peaking into the Top 40 in those countries. Show Maybe piano sheet