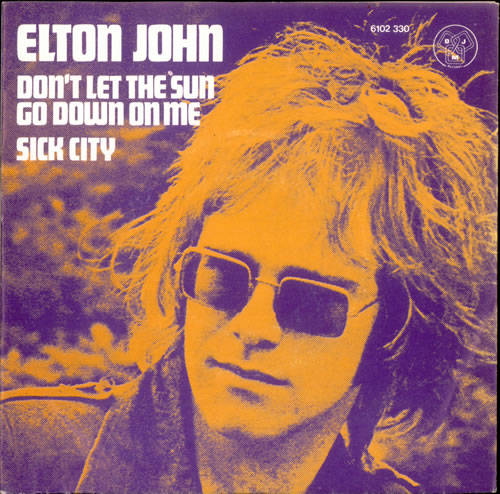 Don't Let The Sun Go Down On Me description

"Don't Let the Sun Go Down on Me" is the first single from British musician Elton John's 1974 album Caribou; it was released that year during the latter half of May in the United Kingdom, and on 10 June in the United States. It was written with the other songs on the album during a ten day period in January 1974. The chorus of the song is supported with a horn arrangement by Del Newman, and features backing vocals of the Beach Boys' Carl Wilson and Bruce Johnston, and Toni Tennille. Also on the song are percussion accents provided by Ray Cooper and a mellotron played by Dave Hentschel. Show Don't Let The Sun Go Down On Me piano sheet