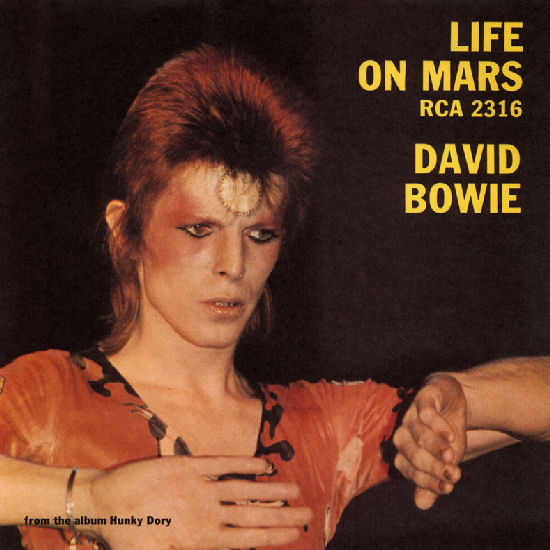 "Life on Mars?" is a song by David Bowie first released in 1971 on the album Hunky Dory and also released as a single. The song - which BBC Radio 2 later called "a cross between a Broadway musical and a Salvador Dalí painting" - featured guest piano work by keyboardist Rick Wakeman. When released as a single in 1973, it reached #3 in the UK and stayed on the chart for thirteen weeks. The song re-entered the UK charts at #55 over 30 years later, largely because of its use in the original English television series Life on Mars. Neil McCormick of The Daily Telegraph ranked it as #1 in his 100 Greatest Songs of All Time list. Show Life on Mars piano sheet