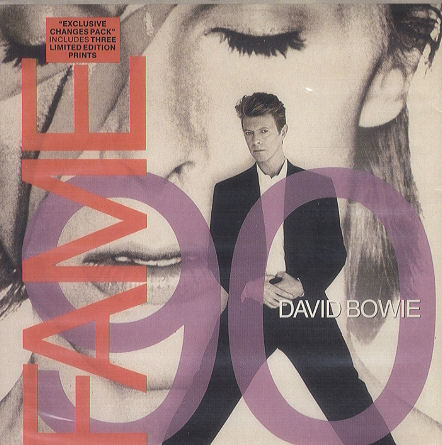 "Fame" is a song recorded by David Bowie, initially released in 1975. It reached Number 1 on the Billboard Hot 100 during the week of 20 September 1975. "Fame" became Bowie's biggest hit to that point in the U.S. It was his first number one hit on the Billboard Hot 100 chart, as well as his first to break the top 10, but would only reach number seventeen in the UK. Bowie would later claim that he had "absolutely no idea" that the song would do so well as a single, saying "I wouldn't know how to pick a single if it hit me in the face." Show Fame piano sheet