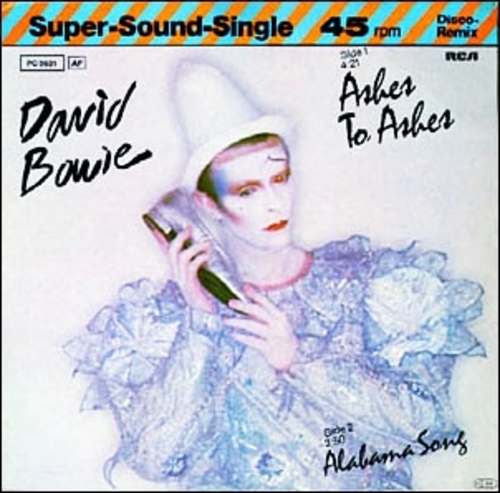 "Ashes to Ashes" is a song by David Bowie, released in 1980. It made #1 in the UK and was the first cut from the Scary Monsters (and Super Creeps) album, also a #1 hit. As well as its musical qualities, it is noted for its innovative video, directed by Bowie and David Mallet. Bowie described the song as "a nursery rhyme. It's very much a 1980s nursery rhyme. I think 1980s nursery rhymes will have a lot to do with the 1880s/1890s nursery rhymes which are all rather horrid and had little boys with their ears being cut off and stuff like that...". Years later, Bowie said that with "Ashes to Ashes" he was "wrapping up the seventies really for myself, and that seemed a good enough epitaph for it". Show Ashes to Ashes piano sheet