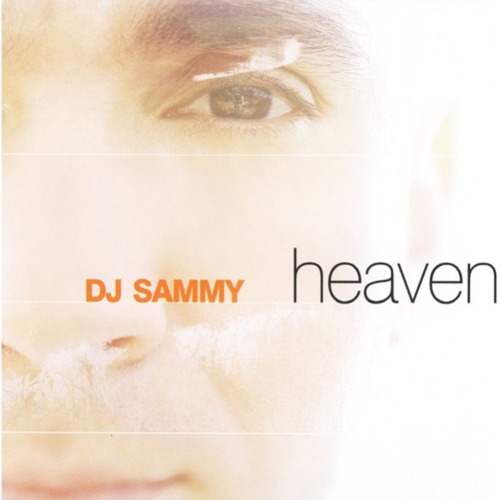 "Heaven" is a power ballad by Canadian rock singer Bryan Adams, co-written by Adams and Jim Vallance. In 2002 DJ Sammy and Yanou released a dance cover of Heaven with vocals by Do. It was the second single of the album Heaven and reached number one on the UK Singles Chart and number eight on the US Billboard Hot 100. It was subsequently featured in the Dance Dance Revolution series of video games. The song also appeared on a Malcolm In The Middle episode playing in the background when Hal is using the kitchen as his own salon. Show Heaven piano sheet

Samuel Bouriah (born 19 October 1969), better known by his stage name, DJ Sammy is a Spanish DJ and producer. He has released five albums and has had five Top 10 hits with "Heaven" reaching number one in the UK in 2002. His career started with former spouse Marie José in the making of his first singles, under the stage name of DJ Sammy feat. Carisma. He has one daughter, Saphira María (born 10 February 2005) from his marriage with José. More piano sheets by DJ Sammy