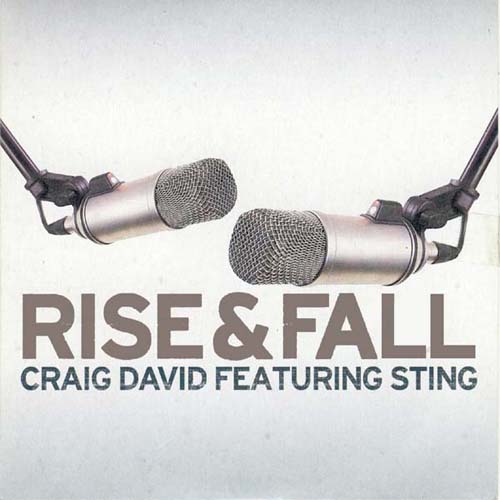 "Rise & Fall" is a song by British R&B artist Craig David and the third single taken from his album Slicker Than Your Average. The song, a collaboration with British musician Sting, returned David to the UK top five, peaking at number two on the UK Singles Chart. The song is based on a sample of the 1993 song "Shape of My Heart" from Sting's album Ten Summoner's Tales. "Rise & Fall" charted at number two on the UK Singles Chart, spending ten weeks inside the UK Top 75. It also charted at number six in the ARIA Charts. Show Rise and Fall piano sheet

Craig Ashley David is an English singer-songwriter who rose to fame in 1999 featuring on the single "Re-Rewind" by Artful Dodger. David's debut album, Born to Do It, was released on 14 August 2000, after which he has since released five further studio albums and worked with a variety of artists such as Tinchy Stryder, Kano, Jay Sean, Rita Ora and Sting.
David has been nominated for twelve Brit Awards - three times for Best British Male, and twice received a Grammy Award nomination for Best Male Pop Vocal Performance. More piano sheets by Craig David