More Than a Feeling description

"More Than a Feeling" is a song written by Tom Scholz and first released by the rock band Boston as the lead single from their self-titled debut album on Epic Records in September 1976, with "Smokin'" on the flipside. The single peaked at number five on the Billboard Hot 100. The track is now a staple of classic rock and in 2009 it was named the 39th best hard rock song of all time by VH1. Show More Than a Feeling piano sheet

Boston is an American rock band from Boston, Massachusetts that achieved its most notable successes during the 1970s and 1980s. Centered on guitarist, keyboardist, songwriter, and producer Tom Scholz, the band is a staple of classic rock radio playlists. Boston's best-known works include the songs "More Than a Feeling", "Peace of Mind", "Foreplay/Long Time", "Rock and Roll Band", "Smokin'", "Don't Look Back" and "Amanda." They have sold over 31 million albums in the United States, of which 17 million are their self-titled debut album and 7 million are their second album, Don't Look Back. More piano sheets by Boston 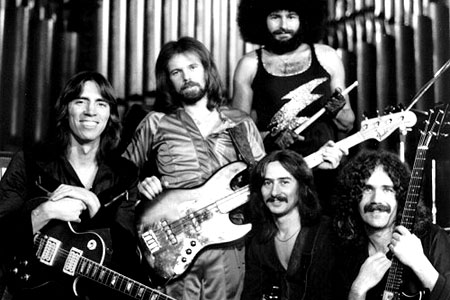